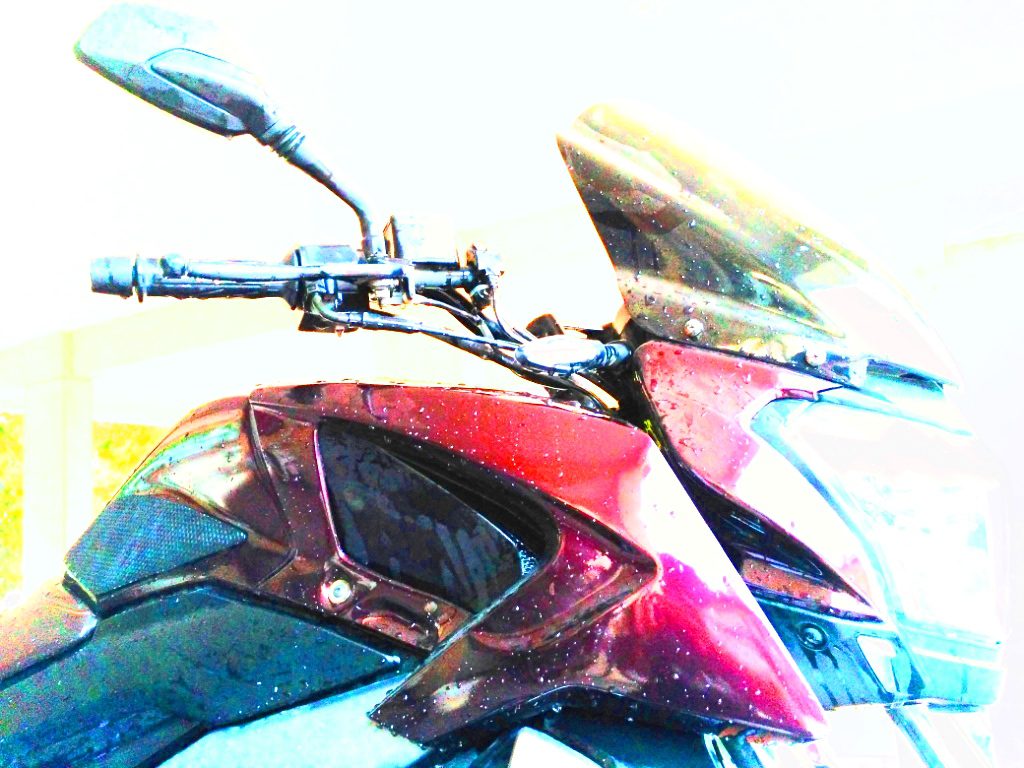 They say what’s in a name? However, when it is a name that paints emotion on a canvas that is not of cloth or parchment but that of metal, fibre or the in-house FRP. Art that blends in cutting edge technology with the finesse of an era that it has succeeded. The resultant heir has ruled the nation of its followers with wonders that the automotive enthusiasts cannot get enough of. While initially there were no plans to review or offer feedback or collaborate, after receiving rave reviews from onlookers and acquaintances I could not help but talk about the Domivel X Kit. 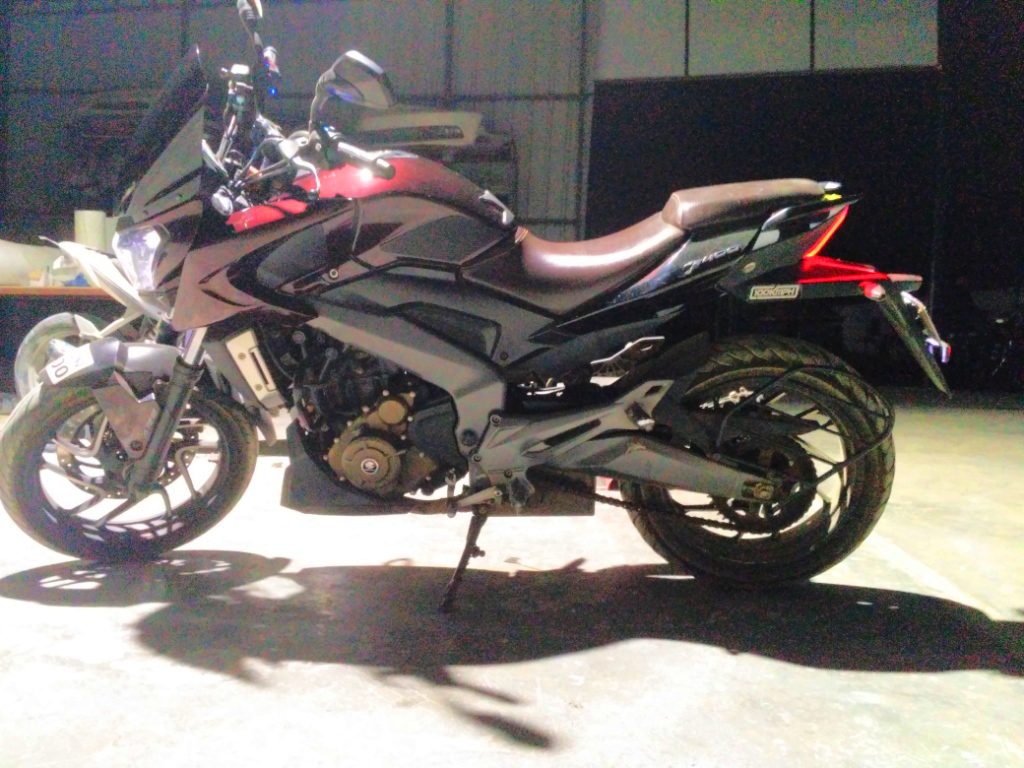 With the time that progressed, the Autologue Design team put together the above items to transform the stock Bajaj Dominar 400 into their concept. Thus inducting it into their #alcrew, A nomenclature for all customers of their vast product line-up.

On the outside the visor is as classy as it can get but on the inside it does look gloomy, that indeed is undeniable. After all if Batman looked like the Joker and vice versa it would take the fun out of the enterprise wouldn’t it? The FRP based visor is just the right height. It does not impair the rider’s vision should in case for any reason he/she decide to crouch. Too small a visor and we are better off using the stock visor. However there are others that offer a taller visor which is reminiscent of the “Queen” in the Alien series. What I had in mind was a product that exuberate the class on the line of 007 and am happy to get nothing short of that. 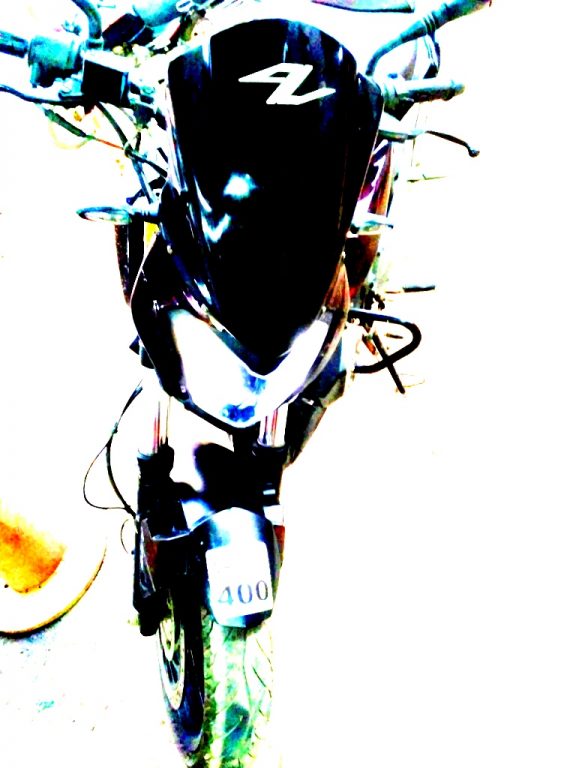 Taking into consideration that the rider would also be riding out at night be it a short trip in the neighborhood or an all night tour, the decision to blend the gloss and rough matt surfaces was a good one since there is always an opportunity of light bouncing off the scratches on the visor that could impair vision for a split second which could be fatal. while the replacement takes away the number plate holder it in return offers the opportunity to paste the number on the visor itself. 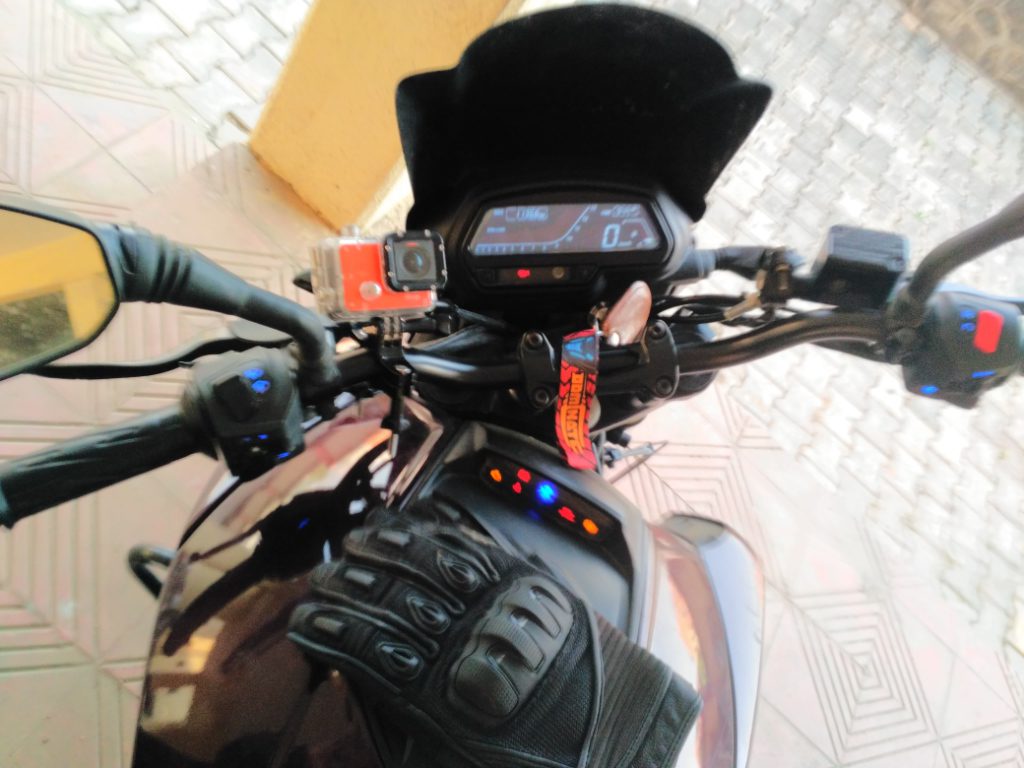 The Specially Chiseled out side Panels are almost effortless to fit. They snap on right above the stock panels after being bolted on with the fasteners. They are purely cosmetic in nature and unlike its cousins the Domivel and the Domivel SE. Tucking itself just short of the functional grille, the Domivel X setup can be but described in one word “Ripped”. Taking the already Leo Stanced power cruiser to a zero fat 8 pack stunner level. Ladies if your are reading  this and already picturing your “Greek Gods” we apologise for the interruption.

They look like across as a plane jane set of tank pads yet offer functionality. These are specially carved out tank grips that allow the knee to lock in when you load up for that corner. Also, it allows the rider to anchor themselves in order to execute knee assisted maneuvers when required. The seemingly plane jane look perfectly blends in with the side panels scheme. Just as if it were stock fitment or a part of the factory fitment finishing. Additionally, it is found to protect the area from resultant discoloration. This in the absence of regular care or protective coating over a period of time due to contact while riding. As an added plus it saves the area covered from any scratches due to involuntary or voluntary damage. 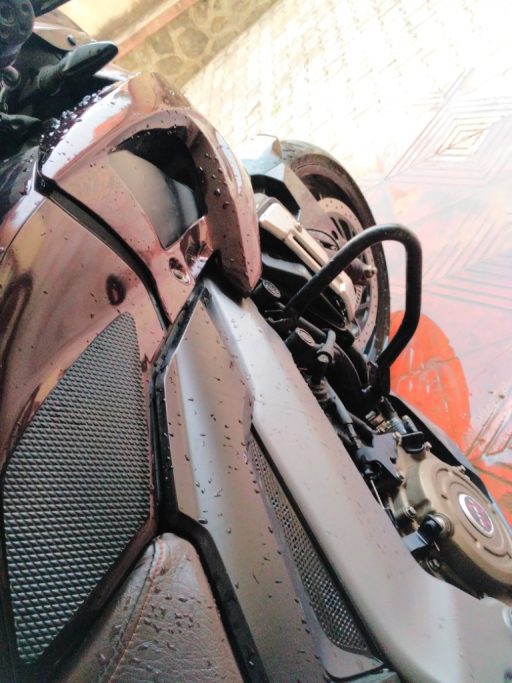 Led by Mukul Nanda, Autologue Design aims to bring about a change in the automotive customization sector. By providing not only niche but also pioneering services to Indian Automotive Enthusiasts. They also aim to raise the bar in terms of quality, products and services that are currently available in the Automotive Accessory Market. Doing all of this while excelling to meet international standards. Also at the same time maintaining their individuality and style when it comes to designing their vehicles.

The Autologue workshop covers over an acre on the foothills of Marunje near Hinjewadi with the following facilities: