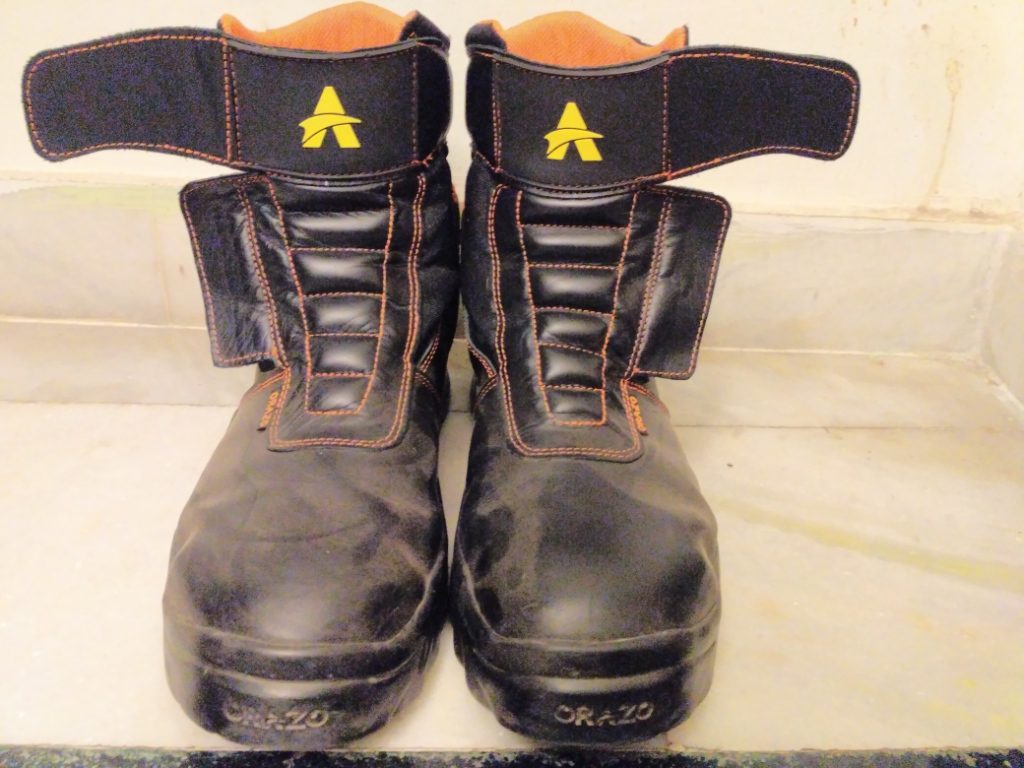 Shoes are said to be the barometer of a person. So also in the case of the Orazo Motorcycling Boots – PICUS VWR 1st impressions test. As legend has it, is the first true impression of what their essence could be. Keeping in line with the times different writers and lyricists have laid their impressions on their thoughts as regards footwear. Be it the children’s favorite puss in boots or the evergreen classic by Nancy Sinatra.

I walked from the premises where the Orazo Motorcycling Boots – PICUS VWR is built. I then proceeded to the Auto Expo on the second day was indeed a walk in the park. Treading on from there via the Delhi Metro I crossed the tri-city area in peak and off-peak hours. This wasn’t as easy, carting along about 15 odd kilograms of luggage. After wrapping up the chain of events at the Auto Expo Components show it was time to head towards the New Delhi railway station.

Moving out of my comfort zone I decided to spend the evening on the bench for the night. This in order to get with the Orazo Motorcycling Boots – PICUS VWR 1st impressions test. Until it was time for the train that would take me to Mumbai, which arrived an hour and half behind schedule. By the time I boarded the train, I had already spent 18 hours without taking the boots off! No signs of fatigue or cramps that would have been directly triggered by the boots. at nights Delhi gets really cold and sans winter socks it was indeed a cozy night spent in the general waiting room.

Several steps and kilometres further it was time to take the motorcycle out of the garage and I was able to do so with ease. By now you are thinking how much was I bribed to write this, Right? Well flattery is the best form of bribery. And, the first impressions of the Orazo Motorcycling Boots – PICUS VWR left me flattered. For an average build person that I am, several shoes have bitten the dust (literally!) under my feet. The most recent being a single density safety shoe that saw it end in 8 months flat!