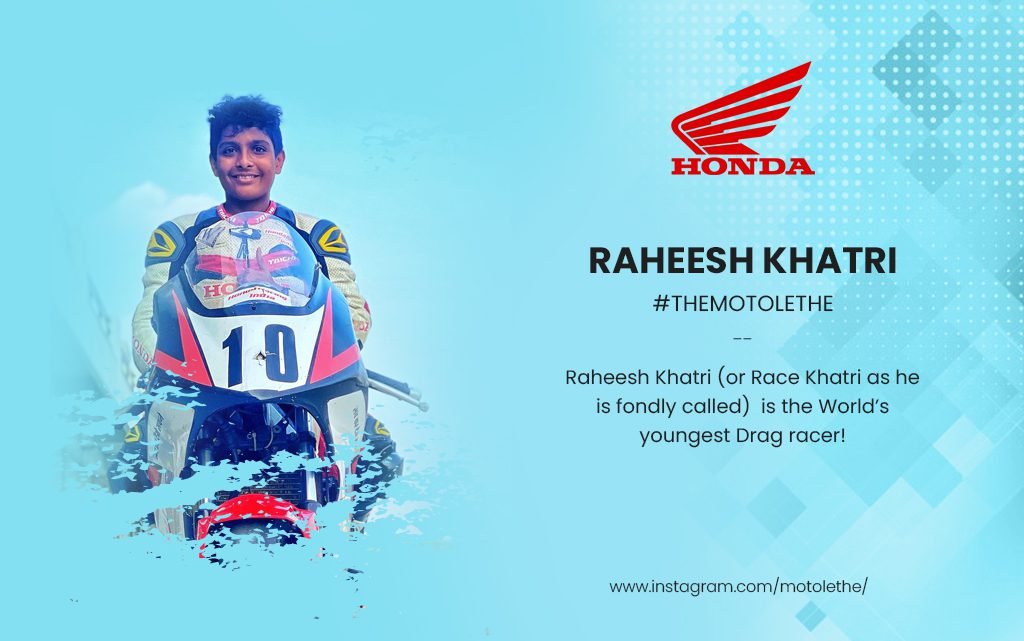 At this point, Raheesh Khatri has more than 30 Trophies & medals in Motorsports. Today, he is a part of Honda Racing India for National & International Races. As per the last update, he is in Chennai taking part in the National Racing Championship.

Speaking to us, here is what Raheesh had to say –

“With getting the basics right getting trained on dirt & circuit racing in India & internationally, we plan to take it ahead from here to Asia Road Racing Championship & gradually to MotoGP in the following flow, 2020 to 2023 Continue Racing in National Circuit/ Road Racing Championship, Supercross & Dirt Track in India & International competitions.”

Taking this story forward this is Race Khatri:

1. How did your association with motorcycling begin?

“SEEING MY DAD AS A RACER & A BIKER ALWAYS MOTORCYCLING WAS IN MY BLOOD”. I started riding since the age of four. When I was six I started racing and thus became India’s youngest motocross racer. 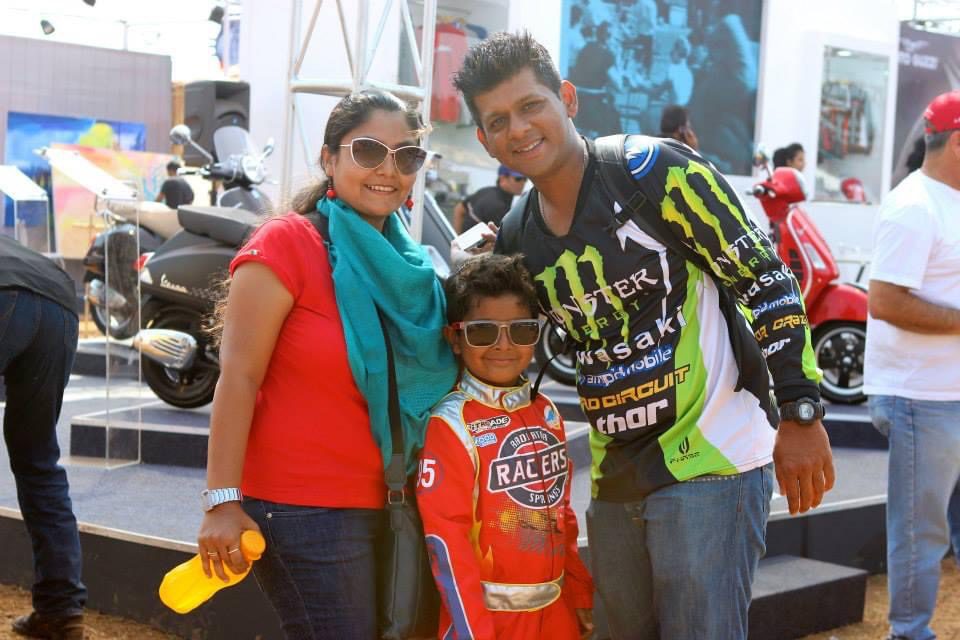 2. Tell us about your first motorcycle

A HONDA CRF 50CC – The reason I was riding the Honda CRF 50cc as its light weight, compact, automatic transmission and has good power.

It is the NSR 500 because of its super wild power delivery, light weight & extremely hard to tame it. Definitely a motorcycle i would like to get it from past.

4. Who is your inspiration/ idol in the world of Automotive (either or both) and why?

My inspiration/ idol in the world of Automotive racing is Marc Marquez hands down. This is because of his riding skills, the way he plans for his race, his courage, his dedication and hard work that he puts in to stay ahead of the competition.

5. Today you are a motorcyclist  and a professional racer on track and on dirt. Tell us about your future aspirations

When I grow up I’d like to be a MECHANICAL ENGINEER. Machines are my passion & racing is my profession. So thus, this will be my off-track career pursuit.

6. As we learnt at xBhp Meetup United you are working to wave the National Flag on the MotoGP podium, please do share some details of your journey with us?

ONE AIM ONE VISION – To make INDIA proud at the MOTOGP and take the podium by storm waving the National Flag while I do it.

8. Your idea of your dream motorcycle is (Do not specify any brand or type)

To be specific is the only way to describe my dream motorcycle, the HONDA RC213V. Its raw power, excellent handling and its looks are just mind blowing. To put it in one one – Superb. For me the HONDA RC213V is the best motorcycle and I foresee myself getting the world championship someday with RC213V by myside.

9. You wear a helmet because –

A HELMET ON YOUR HEAD WILL KEEP YOU AWAY FROM A HEALING FACILITY BED.

10. A message for budding motorcyclists & your followers