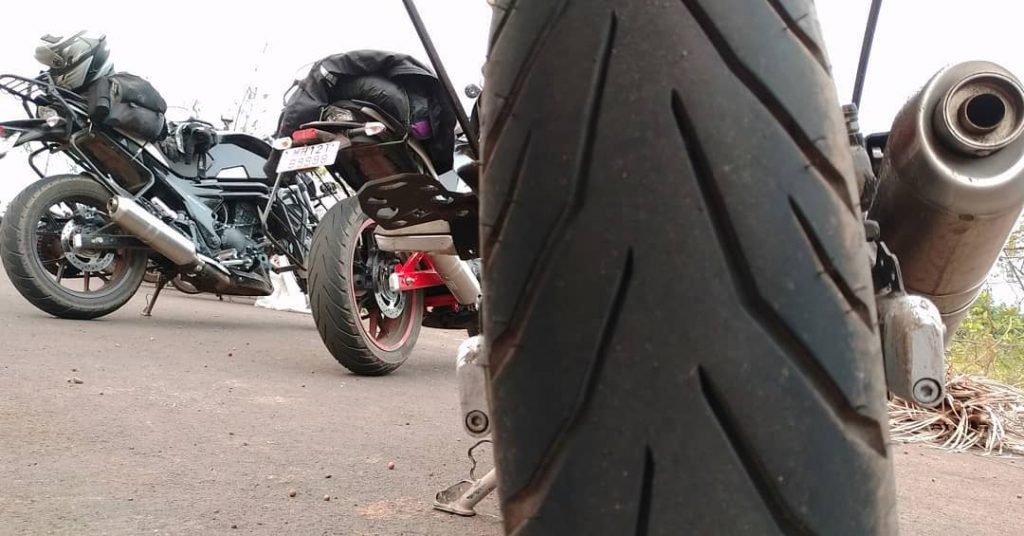 To begin the Pirelli Angel CT 140/70 Review – Is it a Clark Kent or Kal-El all we can say is in two words Same Difference. A vey clickbait and outlandish statement to make, isn’t it? Specially when it is paired with India’s least popular tourers – The Mahindra Mojo BS6. Those of who undermine its capabilities, it surprises us and how?? However, before we jump into the review of the tyre lets get to know a few details about the host – Mahindra Mojo.

Pirelli Angel CT 140/70 Review -A few of the Mahindra Mojo’s features relevant to this review:

The Mahindra Mojo is known to be an all rounder. While the power has been a tad bit reduced, it surprised us with its handling, not just on its home grounds but also in the city. in a nutshell, the motorcycle is the most agile Mojos yet. For a tourer than can cruise and also go offroad the tyres need to be able to handle it all. A larger fuel tank means anywhere between 200 to 300+ kilometers can be traversed at a go. The motorcycle gets S rated tyres which means that its tyres irrespective of brand is a leader in terms scalability and ability. A front petal disc translates to the bike that can take a lot more “heat” thus has a Captain cool design of sorts.

The previous iterations had the Pirelli Diablo Rosso 2 in a radial form factor. This followed with the MRF Zapper S for a brief time frame on the scaled down Mahindra Mojo UT 300. The BS4 variant introduced the Pirelli Angel CT to India, being a short run we are sans an opinion, in favor or against. Here is where we went . Prior to that who knew these. With the Diablo Rosso ruling the tracks and the Scorpions scorching trails, to most of us its like a superhero with no superhero powers.

A set of biased tyres with plain jane tread patterns, purely for daily commute. No radials, just a set of premium BRAND tyres to add to the appeal is what we’d think.

Riding out from the the dealership in Ahmednagar to Pune is where the tyre began to tell the difference. The journey to Ahmednagar was made on the Base variant paired with MRF Tyres. This certainly felt different. the tyre gripped the tarmac with as much ease it glides over gravel. Making it through small patches of dirt, potholes and construction vehicles seemed like a walk in the park. 1400 kilometers later, the Mahindra Mojo took its first long distance ride. The first road trip in over a year since the new normal.

Chandani Chowk to Malgund via Tamhini ghat – Chiplun Tawsal route. A simple straight out route on a debut ride with the MOJOTRIBE. As per sources most of Tamhini was all built and ready to ride. The highway still being under construction and beyond Chiplun a patchy route awaited us. A pillion, light luggage thus not much reason for worry, no? The first road trip in a long time. A first time in ages with a pillion over some terrain that is yet unexplored. Thus, on the menu we have:

Typically, the strategy for the onward journey had short breaks whenever taken and a halt for lunch. The short breaks allowed for water and breather for the ladies. Another benefit being avoiding exhaustion or burnout early in the ride. The last time I went end to end on a tyre while cornering I don’t recall. It is because cornering is neither a forte nor much of an interest. Its easy to say “I LOVE Dirt”. Thus a Mahindra Mojo to tackle this kind of terrain while the pillion stay in their comfort zone. 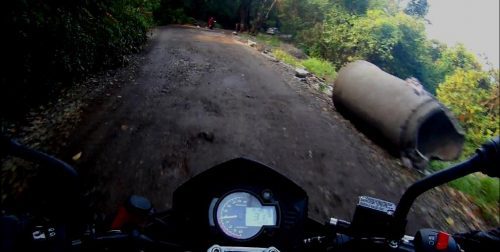 Crossing Tamhini ghat is always a breeze, pillion or solo. Here too, the bike was a flickable with the tyres diving into every corner like a hungry shark and gliding on dirt clouds. The Chiplun bound route is being concretized and thus patchy at places. The straights offered ample time to max out the bike. At times some tyres give out “Tyre Noise”. no issues with this.

After Chiplun as the three lane highway narrowed down it meandered its way through broken asphalt and village sections. Drawing from my experience on the dirt patches will my pillion. Well, scratch that, my WIFE! This ride, a first time outing with my wife I needed to ensure that she be comfortable no matter what. With the absence of helmet communicators we spoke via hand signals and in some cases the “corners” spoke for me. 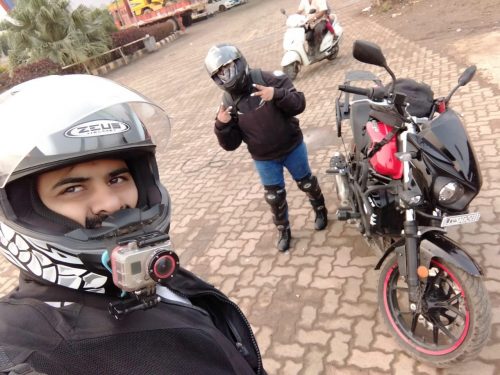 Between Chiplun and Tawsal Jetty, the Mahindra Mojo BS6 AKA Daanav6 seemed to be one of the quickest of the lot, albeit with a pillion on dirt sections. The Pirellis allowed for the bike to skim through the rough terrain easily. Well any Mahindra Mojo owner reading this will ask, isn’t that second nature to the Mojo? Well, yes however with a pillion and street tyres its a first.

No debate that the Rosso can do it, but then again you’d wish for a block set for the off roads..

Once the dirt roads disappeared we met the corners – long, short, blind or wide, a bountiful count nevertheless. The bike lost control only in two situations:

Barring this the motorcycle was as agile as the word itself. After a series of corners and GPS induced diversions we finally reached the jetty. While awaiting the ride the group refreshed and caught up on over some refreshments. taking stock of the motorcycle while inspecting it I found this:

All three Mahindra Mojos including the one with MRF seemed to have had a blast! The ones with the Pirelli Angel CT sliced more than the former. In case of my motorcycle, it almost came to the edge of the tyre. A touring motorcycle that isn’t as popular to come off with this is least expected.

After this awesome performance it can be said Pirelli Angel CT or nothing. Unless, there is a tyre out there waiting to challenge this dark horse!!