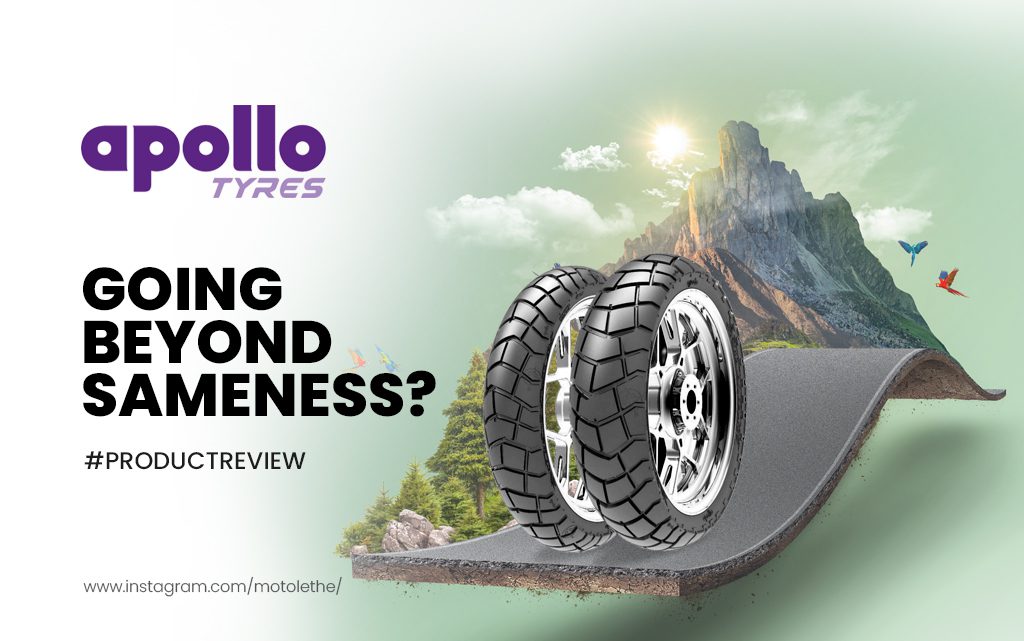 Apollo Tramplr XR tyres are a product that you will see a lot, specially if you are an adventure motorcyclist. The reason is simple – it is replacing a lot of the known and unknown tyre brands in the market today. With a personal and keen interest in the dual purpose tyre segment we simply went and bought another set for ourselves. The first set of Apollo Tramplr tyres we bought are a size that fits most of the motorcycles in the 150cc motorcycles and above segment 100/140 setup. We added this setup to a first generation 2012 Bajaj Pulsar NS200.

Ever since its launch in 2015, the Mahindra Mojo has been proving it’s touring credentials with:

This underrated touring motorcycle for the unversed – is fairly smaller number by and far as compared to the least sold motorcycles in its segment. However, interestingly this motorcycle is one of the highest consumers of not just miles but tyres and everything else that applies to its product portfolio.

The Mahindra Mojo’s virtually bulletproof engine has seen its presence in two more avataars under various tunes and is doing seemingly well for itself. Well, without further ado let us get acquainted with the Apollo Tramplr XR.

Apollo Tramplr XR Review: The Why?

As a standard rule it is said that the first thousand kilometres are where the tyre breaks in before you can really start leaning in. Or, for that matter braaping out. Setting our sights at a one thousand kilometre ride for a first impression review sounds ambitious. Isn’t it? Given the route the first few hundred kilometres is expected to be a smooth run. While a short 500 kilometre run would not do justice, we decided to use the tyres for a 1,000+ kilometers before talking about it.

The destination – Goa. Heading to Goa is easy, ride out on national highway 4 then hit the state highway until you meet the next highway that leads to Goa. Leave early morning and have a Goan style lunch. Simple quick nine hours ride to our destination. Another advantage of this is the different types of roads and terrain enroute to ride on.

Taking on the national highway is a breeze for the tyres. Be it hitting its first set of corners within the 100 kilometres mark or aiding the abs braking, the Tramplr tyres are spot on. Usually one would tread with caution until the break in is done with. Here, the Tramplr lets you throw caution to the road while you confidently ride on. 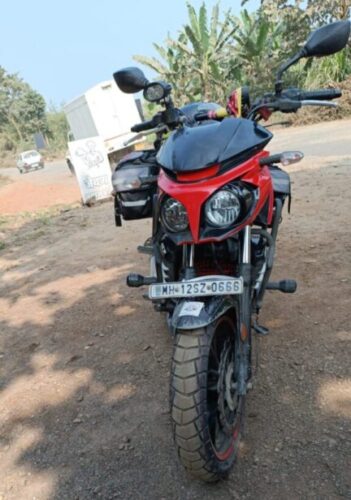 The surprise awaited us on the Ajra – Amboli stretch. The roads took a beating this monsoon, thus we were told. And hence the repair work was in progress. Adding, to the fiery mix the humid afternoon and an almost endless rough patch that tested the might of the machine and the mettle of the rider. The mettle was at breaking point if it weren’t for the Mumbai – Mangalore highway that came by at Banda.

The machine however treaded on without flinching on the broken patches like they were a dream. While some accessories like the front makeshift number plate holder wasn’t ready for the bad patch, the motorcycle never gave in. The Apollo Tramplr XR’s are good on the highway stretches. On “dirt” they feel even better!

Ok, so you handled the Highways and dirt so what? How about some narrow roads with tons of tourists in your path? No, problemo! Some sand in the mix, sure bring it on. The tyres gives the motorcycle enough room on sandy roads long as you do not gas it too much to cause a powerslide of sorts.

No! we did not ride on sand beaches and get a viral video like some vehicles who become overnight celebrities. Instead we did let the GPS guided roads guide us into unknown roads and bylanes in the state of Goa test the handling with these tyres on. Result – passed with flying colours.

After being thrown off the sugary charts by the tea all over the place, the homesick feeling started to kick in. All I wanted was a cup of “kadak chai” and wash away the memory of this tea milkshake. With a ride to into Maharashtra to a city called Kudal. Keeping the ride time minimal with smooth open roads the Tramplr was more than happy to comply with the throttle response. Thereby letting the motorcycle meander into triple digit figures wherever possible. 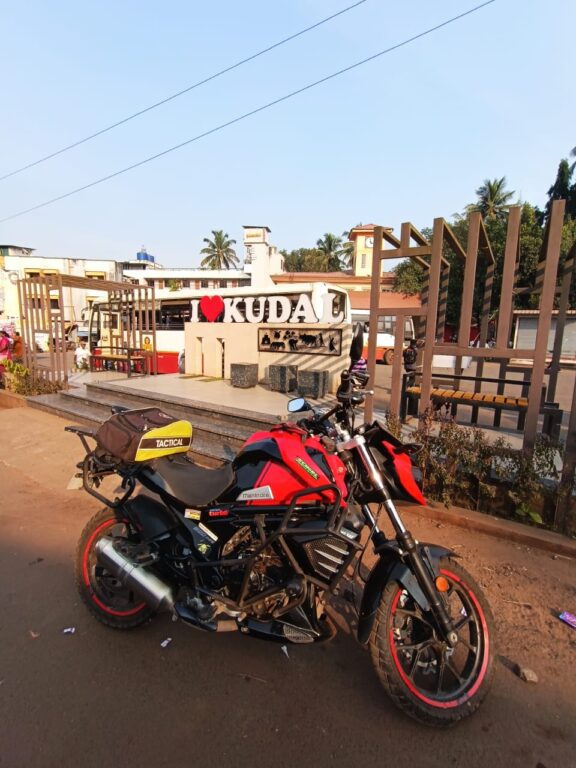 The road back home to Pune indeed was comparatively a smoother run. This aided by:

Getting back sans these elements is indeed a joy ride with the new treads on the Mahindra Mojo’s. Wait, what? yes you read this correctly. In the short span of time between launch and counter sale, we know of two other first “Mahindra Mojos” to get the Tramplr XR

Without a doubt the Apollo Tramplr XR is a tyre to lookout for. Indeed , any motorcycle any terrain, the only question is –

Where are you riding to next?